Yale economist and Cowles staﬀ member Costas Meghir spoke to Yale News about this ongoing research, which is funded by the National Institutes of Health.

Yale economist and Cowles Staﬀ Member Costas Meghir has a children’s picture book in his oﬀice. The cover text is in Oriya — the oﬀicial language of the Indian state of Odisha. The pages depict typical household scenes in the region, where the World Bank estimates that more than 14 million people live in poverty.

Meghir is part of a research team evaluating an early-childhood intervention in Odisha aimed at helping children in the region’s deprived communities achieve their potential — thereby reducing the intergenerational transmission of poverty. The researchers are investigating whether an educational intervention that has succeeded in small-scale experiments can be expanded into an eﬀective policy serving hundreds of thousands of children.

The picture book is part of the curriculum the study is testing. Meghir emphasizes that the point of the research is not to demonstrate that such interventions work, but to show that they can work on a large scale.

“We’re in the business of exploring how certain interventions would translate into scalable policy with all of the challenges that involves,” he said.

Meghir spoke to YaleNews about this ongoing research, which is funded by the National Institutes of Health. An edited and condensed version of the conversation follows:

Your work tests the scalability of early-childhood interventions that proved eﬀective in smaller experiments. Can you describe the foundational research upon which your project is based?

People have been studying early childhood development since the 1960s. There were two very famous experiments in the United States. One was the Perry Preschool Project in Michigan and the other was the Carolina Abecedarian Project, which was done in North Carolina in the 1970s. Both showed that children from poor and deprived communities beneﬁted from early-preschool interventions. Both have been reanalyzed to conﬁrm their long-term eﬀects.

I’ve been working with economist Orazio Attanasio — who will be joining Yale in July — and Sally Grantham-McGregor of University College London, who designed a stimulation-based intervention delivered via home visits with a curriculum of play activities, language development, child-mother interactions, etc. It was delivered to malnourished kids between the ages of one and three in the slums of Kingston, Jamaica. The intervention has demonstrated very important eﬀects both in cognition and labor-market outcomes. It was transformational.

How does your work seek to build upon these studies?

Our idea was to take Grantham-McGregor’s approach and see if we could design it in a scalable fashion so it could be implemented as a policy. All of the experiments that I mentioned are relatively small scale. The Perry experiment was the largest with just 123 kids. The Jamaican experiment involved 120 kids. In both cases, some of the children were in a treatment group and some were in a control group. The researchers had close control of the experiment and the process was tightly managed.

The studies show that there is un-mined potential there — that poverty does indeed cause perpetuation of poverty.

You completed a project in Colombia in 2010. What did it involve? What did you ﬁnd?

Those studies prove the concept. They prove that if you take children who are growing up in a very deprived environment and oﬀer them one of these interventions, their outcomes can change dramatically. The studies show that there is un-mined potential there — that poverty does indeed cause perpetuation of poverty. The question is: Can we take that idea and transform it into an eﬀective policy that can be implemented in a cost-eﬀective way and produce similar results on a large scale?

Our work in Colombia involved 96 communities. We implemented a stimulation intervention similar to the one in the Jamaica experiment in a random subset of the communities. We hired women from within these communities and trained them to deliver the curriculum. We created a mentoring structure with local social workers. Each social worker was responsible for about 10 of the intervention communities. We were trying to mimic a structure through which a government would implement the program. You need a layer of more highly qualiﬁed people to mentor and train local community workers. 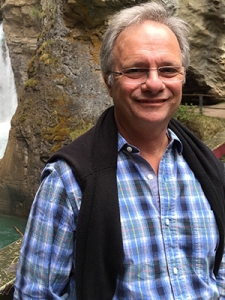 We had reasonably good results, but not as high as the Jamaica results. In technical language, we improved the children’s cognition by about 26% of standard deviation. The Jamaica experiment achieved an improvement of 80%. The study also showed that the eﬀects of the intervention on Colombian children faded after two years.

An improvement of 26% of standard deviation is signiﬁcant if you can sustain it: According to U.S. data, a diﬀerence in cognition of this amount at an early age is associated with an increase in earnings equivalent to that obtained with an extra year of education. It’s substantial. The question is whether it is large enough to be sustained without further intervention. It was not the eﬀect in Colombia that was disappointing; it was that the eﬀect faded. We think it faded because an eﬀect of that magnitude probably needs further intervention to be sustained. Half of the improvement in the Jamaican intervention was also lost, but when you’re losing half of 80%, you are still doing very well.

How does your project in India build on your results in Colombia?

After completing our work in Colombia, we moved to Odisha, where we are doing three things: First, we are replicating our Colombian experiment. Second, we are introducing another mode of delivery for the intervention, which is playgroups rather than one-on-one home visits. We are gathering children from a community into one place for a weekly playgroup with the same type of curriculum adapted for a group. Third, in order to address the problem of fading, we are sustaining the intervention up to primary-school age.

What have you found so far?

We’ve completed the ﬁrst phase, which showed something very interesting. We got an eﬀect larger than that in Colombia. We have 192 communities in this study, so it is a larger scale than in Colombia. We are intervening in about half of the communities. We found that the playgroups were delivering more or less the same impacts as the one-on-one home visits, which was interesting.

At the end of the ﬁrst phase, which lasted two years, we re-randomized the children. Half were placed into existing pre-school centers. These pre-schools are government run, but they don’t function very well. Our intervention is to go into the schools, introduce a mentor or coach who visits twice a week and provides a structured curriculum that the coach helps the school implement. The key idea is that we are sustaining the intervention for half the kids beyond the infant/toddler phase into preschool.

What is the signiﬁcance of the re-randomization?

What are the challenges to scaling up?

There are many challenges. How will the parents react? Will they reinforce the intervention or will they reallocate time and resources away from the children who received the intervention? How does it interact with the public programs and infrastructure? How capable and motivated are the local workers to deliver the intervention over protracted periods of time? Even if we prove the concept initially, further challenges will arise as you scale it up and try to bureaucratize it.

The name of the game is scaling up. That raises two questions: Is the cost reasonable? At that reasonable cost, can the intervention be eﬀective in the long run? You can encounter controversy over what constitutes “reasonable.” To some, reasonable seems to mean “zero cost”! To me, that just doesn’t make sense. If free lunches existed, we all would be eating them by now.

You have to pay now for programs that will produce children who are better skilled and, as a consequence, achieve a reduction in poverty.

How do you administer large-scale experiments like these?Of course, the lower a program’s cost, the more likely it is to be adopted. We have to educate politicians — those who are willing to be educated — that, while you must do a cost-beneﬁt analysis, nothing will be free.  What is important is whether the program has positive returns relative to the next best alternative or at least relative to the status quo. Unfortunately, many of the returns might come in the future. You have to pay now for programs that will produce children who are better skilled and, as a consequence, achieve a reduction in poverty.

In India, we are working with a well-known nongovernmental organization (NGO) called Pratham, which is probably the biggest education NGO in India. They are interested in the research because they want to learn about the possibility of implementing these programs all over India. They are not bureaucratic, which often makes them a much better conduit than the government. They are very versatile. It’s really up to them to make sure the program is implemented.

It’s a big project. There are 1,200 children involved — both in the treatment and control groups. We have about 250 people working in the ﬁeld. The researchers cannot exert tight control, which is part of the experiment in some sense. It is being implemented by an NGO that has a national presence. We can advise them and help with training, but they have to do it.

Hiring local community workers is important because it solves a human resources problem and helps to achieve buy-in from the community. You are taking people from within these communities to propagate the intervention. The question is can you make it work from the eﬀectiveness point of view.

How do the parents react?

They love it. These are very deprived environments and people feel abandoned — that nobody cares about their plight. Suddenly they see some infrastructure being put in place that is focused on helping their kids. They appreciate that. You have to convince them to follow the curriculum beyond the actual visits or playgroup sessions. The intervention is fundamentally a parenting intervention.

The kids don’t have toys or books. You get buy-in because their parents see you are helping their children. The next step of getting buy-in is in the details — getting the parents to go through a picture book with their child and talk to them and do play activities. That is diﬀicult because you’re trying to initiate behavioral change in a very deprived environment where there are a lot of negative factors competing with you. In Colombia, we found that about 37% of the mothers in the study were depressed.

Health is factor, too. These communities lack sanitation and clean running water. The children contract dysentery and other diseases. This will inhibit their growth and make them anemic and will have a negative eﬀect on their cognitive development. There are the practicalities of every day life. Even if the mother realizes that she must perform daily tasks for her child to develop better, there are competing tasks required just to survive. So in a sense the parenting intervention seeks to change their beliefs about the importance of investing some of their scarce time and resources on their children.