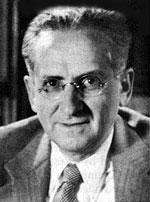 He was a Fellow of the Econometric Society, served as vice-president in 1944 and 1945 and as president in 1946, and continued on the Council of the Society through 1949. He served on the executive committee of the Conference on Research on Income and Wealth from 1943 to 1947 and was its chairman in 1948. He was a vice-president of the American Statistical Association, a director of its Chicago Chapter, a collaborating editor of the Journal of the American Statistical Association, and was elected Fellow of that Association in 1947. Marschak was elected a member of the International Statistical Institute in 1948. He served on the Committee on Social Aspects of Atomic Energy of the Social Science Research Council in 1946–49 and was co-director of the study on economic aspects of atomic power. He served as a member of the organizing and editorial committees of the Universities–National Bureau Conference on Business Cycles Research in the fall of 1949.

In 1950 he became a consultant of the RAND Corporation and a member of an inter-society committee on the mathematical training of social scientists. In 1951 he became principal investigator of the project on decision-making under uncertainty; he participated in the Colloquium on Risk and Uncertainty convened by the Centre National de la Recherche Scientiﬁque, Paris.

He authored Die Lohndiskussion, 1931; Die Elastizetat der Nachfrage, 1931; co-authored Kapitalbildung, 1936; co-edited Management in Russian Industry and Agriculture, and authored the Introduction, 1944; co-authored Economic Aspects of Atomic Power, 1950; wrote the introduction to Statistical Inference in Dynamic Economic Models, 1950; and was a contributor to Studies in Econometric Method.