While an undergraduate at Yale, economist Joseph Altonji took an introductory course in macroeconomics taught by James Tobin, Sterling Professor of Economics.

Tobin, recipient of the 1981 Nobel Prize in Economics, led one of the course’s discussion sections — a job usually reserved for graduate teaching assistants. Altonji landed a spot in the Tobin’s section.

“His section was ﬁrst thing in the morning, so it was not a random set of students taking it,” said Altonji, the Thomas DeWitt Cuyler Professor of Economics at Yale.

“We were the ones, at some level, staking out the professor.”

Altonji ’75 B.A. took advantage of the academic opportunities Yale aﬀorded him, which triggered a passion for economics. (He arrived on campus thinking he would major in history, he said.) He worked as a research assistant for two distinguished faculty members, Henry Wallich and Merton Joseph Peck, in the Department of Economics. He wrote a senior thesis on the regulation of surface-freight transportation, which was supervised by economist Jon K. Peck.

“I had a great experience with him,” Altonji said of his senior thesis. “It was a big messy project that I barely managed to ﬁnish, but I learned a huge amount doing it.”

A summer internship in Washington, D.C., studying welfare reform persuaded him to pursue a Ph.D. in economics, he said. 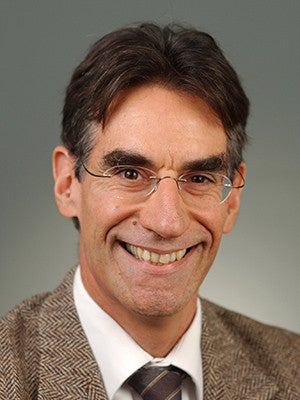 Altonji, who joined Yale’s faculty in 2002, specializes in labor economics and applied econometrics — the use of mathematical and statistical methods in the study of economic data and questions. He has devoted a portion of his research to analyzing how the choices people make in school aﬀect their options later in life.

Education has long been a topic of interest to economists. In the 18th century, Adam Smith addressed it in “The Wealth of Nations.” About two centuries later, education became crucial in the study of human capital — the knowledge, skills, and experience within a labor force that creates economic value for a ﬁrm or country — pioneered by economists Gary Becker and Jacob Mincer.

“I felt there was not nearly enough study of the value of diﬀerent kinds of education,” Altonji said.

In the late 1980s and early 1990s, Altonji began examining the value of diﬀerent high-school courses.

“I made some progress, but in the end, the value of that work was in drawing attention to the question,” he said.

Altonji started exploring the uncertainty that accompanies the decisions people make about their educations. For example, the courses ﬁrst-year college students select can shape their entire course of study, channeling them into one ﬁeld or another, and influencing their career options.

He wrote a paper in 1993 that established a theoretical framework to account for that uncertainty, and provided an empirical analysis quantifying the value of starting college and the factors it depends on, such as an individual’s aptitude, family background, or high school curriculum.

Over the past several years, his work has focused on the value of college majors and graduate degrees. Last year, he completed a paper with Seth Zimmerman ’14 Ph.D.,  ’11 M. Phil., ’10 M.A., an assistant professor of economics at the University of Chicago, exploring the costs and net returns of diﬀerent college majors. The researchers obtained data from Florida’s public university system on its cost estimates for speciﬁc courses along with transcript data of students. Using this data, they priced out the cost of a four-year degree for each student and weighed the expense against students’ earnings over 10 years after graduation.

They found that engineering was the most expensive major, costing $62,297per graduate, although engineering majors had the highest early-career earnings. Business ($31,482) and computer science ($37,236) were relatively low-cost majors that produced high-earning graduates, and oﬀered the best return on a per-dollar cost basis. Visual arts ($42,710) and architecture ($58,764) were fairly expensive and produced graduates with relatively low earnings, according to the study. (The average degree cost $39,184 per graduate.)

Instructional costs accounted for much of the diﬀerence among majors, Altonji said. Engineering requires highly paid faculty and labs or classes with a low teacher-student ratio. Similarly, art and architecture requires studio work and close mentorship between students and faculty, which drives up costs, he said.

He cited three factors administrators should consider when deciding to expand ﬁelds of study.

First, they should consider a major’s eﬀects on the earnings of graduates. “That has implications for the government, which gets a chunk of our earnings through taxes,” he said.

Second, they should consider a ﬁeld’s social value. “We need social workers, teachers, and artists,” he said. “We need scientists and engineers, too. College administrators need to ﬁnd the right balance.”

Third, they should consider the cost of each major, he said.

The ﬁndings could guide administrators weighing whether to vary tuition for certain ﬁelds based on the costs of instruction, for example, charging engineering majors more than English majors.

“There has been some movement to do that, but it raises important concerns,” he said. “Increasing tuition for engineering and other STEM ﬁelds could create an additional barrier to people, including women and racial minorities, who are already underrepresented in those ﬁelds. You have to be very careful.”

One of his ongoing projects examines the value of graduate degrees.

We know that people with M.B.A.s earn a lot more, but what is the actual eﬀect of getting an M.B.A.?

He has access to National Science Foundation data that allow him to track individuals before and after they earn an advanced degree, and observe how it aﬀects their earnings. He is also exploring how people’s occupations relate to their decisions about graduate school.

The work has led him to appreciate the importance of personal preferences in choosing what to study, he said.

“People do respond to ﬁnancial incentives,” he said. “Economics is always among the most popular majors at Yale. I love economics and I can easily see that many undergraduates might, but I think many are interested in business careers — in part because it pays better. Money does matter, but money is far from the only factor, or even the decisive factor, in determining what people study.”

“Labor economists have a central mission: wage distribution, labor supply, labor demand, inequality, and trends in inequality,” he said. “We’re more broadly concerned with human behavior and human capital in a broad sense. The ﬁeld is constantly expanding. Today, labor economists are working with child psychologists in looking at child development even in pre-natal influences and parenting styles.”

Last year, Altonji was elected president of the Society of Labor Economists, a professional organization composed of nearly 800 members that promotes the ﬁeld of labor economics. He oﬀicially assumes the role in July, but the lion’s share of the work accompanying the position occurred over the past year as he organized the society’s annual conference, which will take place in Toronto in May.

“Being elected the society’s president is an honor,” he said. “It is also the only election I’ve ever won, at least since the eighth grade.”

Dirk Bergemann, chair of the Department of Economics, said the role is a ﬁtting honor for Altonji.

Joe is a leading voice in empirical economics … and one of the most proliﬁc and distinguished labor economists worldwide.

- Dirk Bergemann, chair of the department of economics

“Joe is a leading voice in empirical economics in our department and one of the most proliﬁc and distinguished labor economists worldwide,” said Bergemann, the Douglass & Marion Campbell Professor of Economics and Computer Science. “He is an amazingly successful teacher and advisor. His undergraduate students frequently win the senior essay prizes and his former graduate students now teach at many of the leading universities of the world. His colleagues in the department are grateful for the steady advice and counsel that we all receive from him.”

Altonji is teaching three courses this semester and said he enjoys engaging with his students. An undergraduate class in econometrics has given him an opportunity to expose students to the statistical methods he applies to their research.

“A lot of the tools that have been developed in statistics by economists and statisticians provide incredibly powerful ways of looking at the world,” he said. “I try to teach the students how researchers answer questions — not just the methods themselves but how they’re applied.”

He is also teaching an undergraduate course in the economics of education in which his students are examining methods for measuring teaching performance and principal performance in assessing the quality of schools.

Altonji frequently employs undergraduate research assistants and intends to hire one this summer.

“Over the years, I’ve had several who have gone on to graduate school and become professors,” he said. “Four in the last few years started assistant professorships: one at UCLA, one at Stanford Business School, one at Boston University, and one at the University of Illinois Urbana-Champaign.”

He also supervises two or three senior papers every year.

“One of the wonderful aspects of Yale is that there are just some really talented undergraduates,” he said. “They can accomplish a lot and are willing to work hard it.”