Urjit R. Patel (Ph.D. ’90), former Governor of the Reserve Bank of India (RBI) will be a recipient of this year’s Wilbur Lucius Cross Medal for his outstanding achievements and contribution to society. The Wilbur Lucius Cross Medal is an honor presented annually by the Yale Graduate School Alumni Association to a small number of outstanding alumni. The medal recognizes distinguished achievements in scholarship, teaching, academic administration, and public service. The medal ceremony will take place during a gala dinner on Monday, October 7, at the Yale Museum of British Art.

To mark the occasion, the Department of Economics and the Cowles Foundation will sponsor a lecture on Wednesday, October 9, in the Tobin Lounge, at 28 Hillhouse, where Mr. Patel will give a talk, “The Cul-de-sac in Indian Banking: A dominant Government Sector, Limited Fiscal Space and Independent Regulation (Is There an ‘Impossible Trilemma’?).”

“The Department of Economics is delighted that one of its graduates is being awarded the Wilbur Cross Medal in recognition of both his outstanding scholarship in economics and his extraordinary record of public service in India,” Tony Smith. 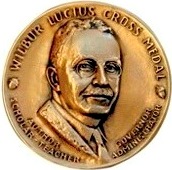 Patel served as Governor of the RBI from August 2016 until December 2018, and prior served as Deputy Governor from January 2013. During that period, he was a member of the board of directors at the Bank for International Settlements and served on the advisory board of the Financial Stability Institute. He was a deputy governor in charge of monetary policy, economic research and ﬁnancial markets operations at the RBI. Prior to that role, Patel had worked in the private sector in various capacities: president (Business Development) at Reliance Industries Limited, advisor for energy and infrastructure at the Boston Consulting Group, and executive director at Infrastructure Development Finance Company Limited.

When Patel was appointed as governor, his Yale graduate advisor, the late Professor Emeritus of Economics, T.N. Srinivasan, said Urjit Patel was, “the right man for RBI Governor’s job.”

Before attending Yale, Patel received an M.Phil. from Oxford and his Bachelor of Arts degree in Economics from the London School of Economics. Patel’s ﬁrst job after completing his education was at the International Monetary Fund where he worked on the India, United States, Myanmar, and Bahamas desks. He was a consultant to the Indian Ministry of Finance for three years. From 2009 to 2012 he was a nonresident senior fellow at The Brookings Institution in Washington, D.C. Patel was also chairman of the Expert Committee to Revise and Strengthen the Monetary Policy Framework, a member of the Committee to Comprehensively Review the Fiscal Responsibility and Budget Management Roadmap, and a member of the Task Force on Direct Taxes. He currently serves on the Investment Advisory Committee of the Army Group Insurance.

Patel has also served on several committees, such as Task Force on Direct Taxes, Finance Ministry, Advisory Committee (on Research Projects and Market Studies), Competition Commission of India, secretariat for the Prime Minister’s Task Force on Infrastructure, Group of Ministers on Telecom Matters, Committee on Civil Aviation Reforms, and Ministry of Power’s Expert Group on State Electricity Boards. He has authored (singly and jointly) about 40 scholarly publications and papers, and given lectures by invitation, in the areas of public ﬁnance, monetary policy, the Indian ﬁnancial sector, theory of international trade, the economics of climate change, regulatory economics, and the global ﬁnancial safety net. In 2019, he was elected Honorary Fellow of Linacre College at Oxford.

This marks the 54th year that the Graduate School has honored its most distinguished alumni with the Wilbur Cross Medal for their outstanding achievements and contribution to society. The other recipients of this year’s award are Douglas R. Green B.S. ‘77, ’81 Ph.D., Biology; Susan M. Kidwell ’82 Ph.D., Geology and Geophysics; Ruth Garrett Milliksn ’69 Ph.D., Philosophy. Patel will be the 17th Economics alum to receive the medal since its inception in 1966, with such notable names as former Chair of the Fed Janet L. Yellen, Ph.D. ’71, and former President of Mexico Ernesto Zedillo Ponce de León, Ph.D. ’81.

The medal is named for Wilbur Lucius Cross, an alumnus of Yale College and the Graduate School (Ph.D. 1889, English). He was a scholar of distinction, a literary critic, the dean of the Graduate School from 1916 to 1930, a journal editor, and — following his retirement from academia — served four terms as governor of Connecticut (these were two-year terms). Alumni are honored with the Wilbur Cross Medal for achievements in one or more of the areas in which Cross excelled: scholarship and scientiﬁc discovery, public service, service to professional organizations, and teaching and mentoring. Since 1966, the Graduate School has presented 251 medals.

More information on the Wilbur Cross medal, including a list past recipients can be found on the Graduate School of Arts and Sciences web page.