Fresh out of graduate school, economist Samuel Kortum ’92 Ph.D. began collaborating with Jonathan Eaton ’73 M.A., ’76 Ph.D. while both were on the faculty of Boston University.

Kortum, now the James Burrows Moﬀatt Professor of Economics at Yale, had focused his graduate work on examining technology as a driver of economic productivity. Eaton encouraged him to consider the international dimension of innovation and technology — how technological changes spread across national boundaries. This line of research eventually led the two colleagues to examine international trade.

“We had not included trade in our work on the diﬀusion of technology and growth in diﬀerent countries because we thought it would confuse the issue,” said Kortum, who joined Yale’s faculty in 2012. “One day we realized that the way we were modeling technology diﬀerences across countries was applicable to trade, and we changed focus from ideas moving across borders to goods.”

Kortum and Eaton’s collaboration has helped to revive scholarly interest in a 200-year-old trade theory, and it earned them the 2018 Onassis Prize in International Trade, which honors academic achievement and is awarded every three years by the Cass Business School London and the Onassis Foundation. They will accept the award at a banquet in London on Sept. 24. 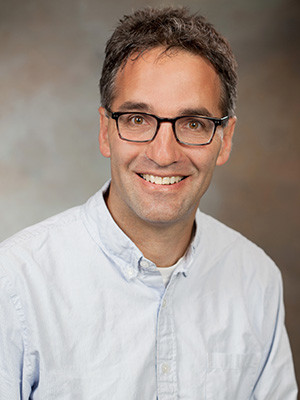 As they shifted their focus to trade, Kortum and Eaton enlisted a third partner in their collaboration: 19th-century British economist David Ricardo, who in 1817 posited the theory of comparative advantage — the idea that countries can beneﬁt by concentrating their resources in industries where they possess the greatest advantage relative to their trading partners.

Ricardo illustrated the theory by envisioning a world economy consisting of two countries, Portugal and England, that could both produce cloth and wine. In Ricardo’s example, Portugal is better at producing both goods than England, but Ricardo showed that each country beneﬁted from increased eﬀiciency if it specialized in one of the goods and exchanged it for the other.

The Ricardian model remained popular for teaching students about the value of specialization, but economists had largely cast the relatively simple theory aside by the 20th century as theoretical, and quantitative analyses of international trade grew increasingly sophisticated.

Eaton and Kortum created a model that applies Ricardo’s basic logic to complex, practical questions involving multiple countries and goods, while accounting for factors like geographic barriers. They described their model in “Technology, Geography, and Trade,” a 2002 article published in the journal Econometrica.  The work earned them the Econometric Society’s Frisch Medal, which is presented every two years to the authors of the best applied paper published in Econometrica during the previous ﬁve years.

“There is a clear before and after the Eaton and Kortum model in economic research.”
lorenzo caliendo

They helped to transform Ricardo’s ideas into a practical tool for exploring the ramiﬁcations of international trade in the modern day.

“I think our work bridged a gap that allowed Ricardo’s logic to work at a scale and at a level of detail, involving many countries, where researchers can link it to data and use it to study real-world issues,” Kortum said.  “It can be used to think through policy ideas and get things right.”

Lorenzo Caliendo, professor of economics at Yale School of Management, has used the Eaton-Kortum model in his research.

“Jonathan Eaton and Sam Kortum did what one might have thought impossible: to develop a framework that allowed researchers to apply Ricardo’s idea to data with a level of detail that was unthinkable,” Caliendo said. “There is a clear before and after the Eaton and Kortum model in economic research.” 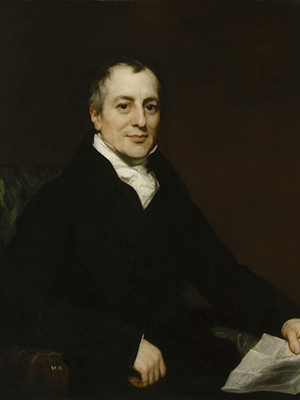 Costas Arkolakis, professor of economics at Yale, has also incorporated the Eaton-Kortum model into his work and credits its creators for developing a practical modern tool from a time-worn theory.

“The Eaton Kortum model was a key contribution to what many of our colleagues like to call a ‘Ricardian revival,’” Arkolakis said. “It transformed an intuitive but impractical setup, the Ricardian theory of comparative advantage, to a practical tool useful for implementing trade theory with numbers and analyzing various real-life trade policies.”

While Kortum and Eaton have continued to develop the model, a growing body of scholarly literature has extended its reach to examine a diverse range of issues, including the implications of NAFTA, trade’s eﬀects on carbon emissions, and its influence on international business cycles.

“Their path-breaking work has allowed research economists to understand and quantify the aggregate and distributional consequences of trade as never done before,” Caliendo said. “Their idea has influenced my research and the research of many economists in the profession. Not only in international trade, but also in urban economics, labor economics, and macroeconomics.”

Kortum said partnering with Eaton has been its own reward.

“I’ve learned a lot from his deep knowledge of international trade,” he said. “At a more practical level, he is a better writer than me, and I think working with him improved my writing skills. He trained me to realize that sometimes the real work involves taking the time to explain things clearly and accurately. That was a very good lesson for me.”

Likewise, Eaton, now Distinguished Professor of Economics at Pennsylvania State University, says he has learned a lot from working with Kortum.

Sam has a passion for understanding data and a deep knowledge of statistical theory that has made working with him an ongoing learning experience.
jonathan eaton

“It’s hard for me to believe that Sam and I have been working together for over 25 years,” Eaton said. “For me, it’s been a fantastic and rewarding collaboration, which I continue to enjoy. Sam has a passion for understanding data and a deep knowledge of statistical theory that has made working with him an ongoing learning experience.”

Kortum said he has enjoyed the time they have spent standing before a whiteboard working through a problem.

“When things are going well, it feels like you’ve wired your brains together in the same way you might wire computers together to solve a complex problem,” he said. “On your own, you’d make a little progress and get stuck for a long time, but the person you’re working with solves the problem and then you both run with it. It can be quite an amazing experience.”

Kortum said it is his responsibility to present a thorough analysis for policymakers to consider, not to be an advocate for one trade policy over another. He acknowledges that a common misperception often espoused by politicians is that trade is a zero-sum game in which one country loses and the other wins.

“People often don’t consider the beneﬁt of obtaining goods more cheaply through freer trade,” he said. “The discussion often is cast purely in terms of jobs, and we don’t consider the greater eﬀiciency with which we’re producing and trading goods between one another, which doesn’t result in more jobs or less jobs, but in more variety and quality of goods that are available to us. In the classic theory, both trading partners can beneﬁt and that’s the logic that I think gets missed.”

He is currently developing a model to assess the consequences of a potential trade war, showing how countries will be aﬀected if the United States imposes tariﬀs on them and if they retaliate by imposing tariﬀs on the United States. He calls the model a “middle-level” analysis that falls between the “back of the envelope” calculations one might see described in a newspaper op-ed and a full-scale analysis incorporating massive amounts of data. His model will account for how much countries are currently trading with each other, he said.

“That’s very important,” he said. “The fact that the U.S., Canada, and Mexico trade so much with each other while the U.S. trades much less with Germany makes a huge diﬀerence concerning who will be harmed in a trade war. I think it will bring a fair amount of information to the table in a transparent manner, and it will give people an opportunity to think through the issue.”