Kitamura Appointed Cowles Professor of Economics and of Management 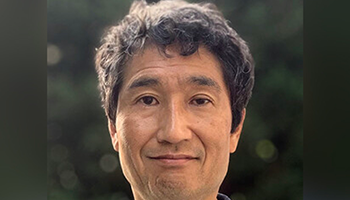 Yuichi Kitamura, an expert on econometrics who has introduced new methods that have changed how scholars approach the most fundamental problems in the ﬁeld, has been appointed the Alfred Cowles Professor of Economics and of Management, eﬀective immediately.

He is a member of the Faculty of Arts and Sciences in the Department of Economics.

After earning a Ph.D. in economics at Yale, Kitamura held faculty positions at the University of Minnesota, the University of Wisconsin, and the University of Pennsylvania, before returning to Yale in 2004. He currently serves and the director of gratuate studies and is a research staﬀ member of the Cowles Foundation. During his time at Yale, he has made signiﬁcant contributions to theories of econometrics, in particular by showing that the empirical likelihood approach has optimal properties for estimation and testing. His work has led to innovative new approaches for solving the moment restriction problem and other foundational problems in the ﬁeld, and has wide-ranging applications.

He also has made contributions in various ﬁelds as diverse as the ill-posed inverse problem, nonparametric Bayesian methods, robust estimation, applications of ﬁnite mixtures in economics including auction models, and dynamic discrete choice models. In his recent work he has developed a new empirical framework for analyzing economic theories such as revealed preference without relying on conventional statistical models, by leveraging on recent advances in computational science. Kitamura is the author of dozens of peer-reviewed articles and working papers and has co-developed code for implementing empirical likelihood.

Kitamura is a Fellow of the Econometric Society and an International Fellow of the Center for Microdata Methods and Practice, a world-leading microeconometrics research center, honors that testify to the impact of his work on the ﬁeld. In addition, he was awarded the Nakahara Prize of the Japanese Economic Association, which recognizes Japanese economists under the age of 45 whose work has received international acclaim. He was an Alfred P. Sloan Research Fellow, and has held multiple grants from the National Science Foundation.

Kitamura has served as an associate editor for prestigious journals in economics, such as Economertrica and International Economic Review, as a co-editor for Economertric Theory, and is currently an associate editor for the top journals in the ﬁeld — Econometric Reviews, Journal of Business and Economic Statistics, and Econometrics Journal. He has convened numerous conferences and symposia, both at Yale and under the auspices of the Econometric Society and other organizations, and has been an invited plenary speaker at the Royal Economic Society Conference, the World Congress of the Econometric Society, the International Symposium on Econometric Theory and Applications, and elsewhere. He has also held visiting positions at the University of Bristol, the University of Montreal, Cambridge University, and Bar-Ilan University. A scholar of international influence, his research and service have shaped the direction of the ﬁeld.